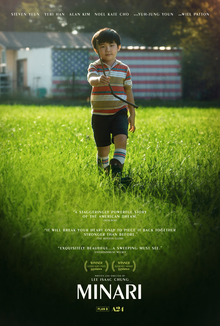 There was a great deal of controversy when the Golden Globes, in all its infinite wisdom, placed Minari in the Foreign Language category (the same thing happened to Lulu Wang’s The Farewell just over a year ago). Dubbed racist, this is a binary and robotic following of their rigid rules from the Golden Globe committee who seem to struggle with the idea that a film in a different language can still be American (it’s becomes more controversial as they didn’t place the likes of Inglorious Bastards into the same category). There’s nothing “foreign” about Minari as its an American film about a very real American ideal. An ideal which has, for centuries, tempted people from all over the world to the prosperous lands of the United States of America, each of whom contributed to the story of America’s relationship with its immigrants.
Read more »
Posted by Myerla at 09:32 No comments:

Tsai Ming-liang’s Days is the type of film the words “deliberately paced” was invented for. This meditative, virtually wordless film relishes in its slowness to the extent it’ll test the patience of many film-goers. Director Tsai Ming-liang allows his shots to linger in a way that’s a contrast to modern cinema. These shots, static and ponderous, linger on day to day activities in a busy city as people go about their lives. Among these people are Kang and Nom, one lives alone in a large house and the other in a small apartment. We follow these two as they go through the day, until they finally meet in a small motel bedroom. Oscar Winners or hopefuls can be a little pompous. The academy gets a lot of stick and whilst they’ve made some shocking choices, the list of best picture winners generally isn't awful. The 1980s did see quite a few stuffy historical epics take the crown with Chariots of Fire, Gandhi, Amadeus, Out of Africa, Platoon, The Last Emperor and Driving Miss Daisy winning best picture (that makes 7 of the 10 winners). Obviously, films in this list are better than others and some are less stuffy than others, but Out of Africa wins the Oscar for being the most stereotypical Oscar winning film.
Read more »
Posted by Myerla at 14:27 No comments:

Christopher Nolan’s Tenet is the only really big movie to soldier through the pandemic and be released in cinemas during the most lucrative time of the year. Others like Black Widow, No Time to Die and Mulan all were either pulled back to later in the year or released on a streaming service. Rightly or wrongly, Tenet went ahead with its release with many cinema chains banking on Nolan being so in demand people (some) will go out to their trip first cinema in half a year.

Selah and the Spades 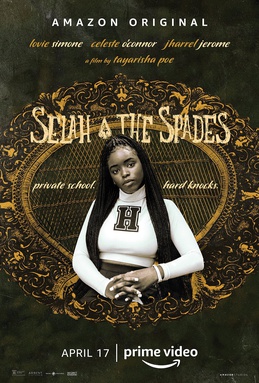 At Haldwell Boarding School there are five factions. Each faction plays a role within the school, for example the Prefect faction makes sure the teachers aren’t aware of the students’ partying. The main faction are the Spades, led by Selah (a superb Lovie Simone), and their main role is to supply everyone with the fun stuff (drugs and alcohol). Selah is in her final year and is looking for a successor to lead the Spades. The search is a tough one, but when Paloma (Celeste O'Connor) joins the school, Selah strikes up a friendship thinking she has found her successor.
Read more »
Posted by Myerla at 12:01 No comments: 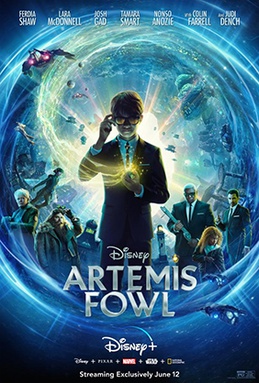 One of the many affects of the COVID-19 pandemic was an increase in the number of movies, that would have had a cinema release, which went straight to VOD or had a shorter run in the cinemas. Artemis Fowl is one those movies that skipped the cinema and went straight to Disney’s streaming service. It was probably for the best as it has all the makings of a box office disaster for more reasons than simply being really bad. Simply being good wouldn't have saved the film as it’s part of the genre (young adult fiction) that has decreased in popularity since the Hunger Games and Twilights days, and it’s start of a franchise rather than being one that’s already established in the movie industry (plus this has been in development hell since the early 2000s).
Read more »
Posted by Myerla at 12:00 No comments: 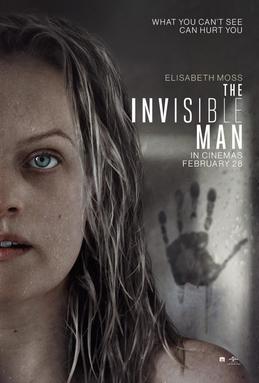 After the lukewarm reception, both critically and financially, to The Mummy, Universal’s idea for a Dark Universe based on their horror characters of the past was put on hold before it had even begun. This included The Invisible Man in which Johnny Depp was tipped to star. However, this version of the story was left on the wayside and was picked up by Blumhouse Productions who hired Leigh Whannell to direct and rewrite the story.
Read more »
Posted by Myerla at 11:58 No comments: